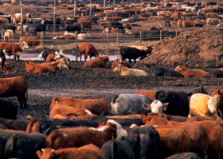 How Do CAFO's Impact the Environment?

Livestock and the Environment

*Pursuant to the 7020 rules issued by the Minnesota Pollution Control Agency, all feedlots in excess of 300 animal units must provide a manure management plan to Dodge County at the time of the application.